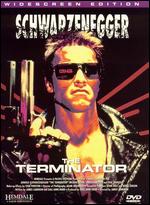 Kyle Reese: "Listen. And understand. That terminator is out there. It can't be bargained with. It can't be reasoned with. It doesn't feel pity, or remorse, or fear. And it absolutely will not stop, ever, until you are dead."

Boston Globe: "Why Clinton won't quit"
Posted by Eric at 7:57 PM
Email ThisBlogThis!Share to TwitterShare to FacebookShare to Pinterest

As opposed to George "Fight Them There" Bush, and Dick "Mushroom Cloud" Cheney:

"Vote for me if you want to live."

Keep going, grrrl! You can do it!

He paints a much gloomier picture than is realistic, but it's interesting. For all those who wondered why she wouldn't quit, this is the stuff Hillary was waiting for.

Keep going, grrrl! You can do it!
(if "it" is bleed the left to death)

Blood? To get this back to 1980s movie references, this election will be "The Shining," the Republicans are riding their tricycle in the hallway of the Overlook Hotel, and the left's blood is inside the elevator. Oops, the doors are opening...

If you want eighties movie refrences.... this election is more like that part near the end of "Ghostbusters" were the guys have to choose how they want New York city to be destroyed. Choosing between the Manchurian Candidate, the Great Black Hope for Change, and Back to the Future (of the 1990's) Part 2, I'd have the Stay Puff Marshmellow Man win the election and crush all opposition under his gooey foot.

And then you'd be left with John McCain's comprehensive plan for tactical success in Iraq, which was the same as Ray the Ghostbuster's library strategy.... "GET HER!!!"

John McCain: "If there's a steady paycheck in it, I'll believe anything you say."