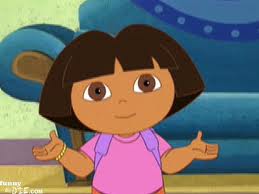 Can YOU spot the unsustainable entitlement? 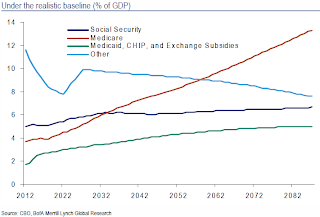 I think the answer is "red."

Hit and Run: "Medicare is doomed"


When Democrats accuse Republicans of wanting to “end Medicare as we know it,” they are right. But Democrats do too. “Medicare as we know it” is no longer an option.
Leaving aside Medicare’s fatal moral defect—that it’s coercively funded—the program is doomed. It has tens of trillions of dollars in unfunded liabilities. It threatens working generations with a crushing tax burden. Because of the relative size of the Baby Boom generation, soon there will be only two workers to pay each retiree’s medical bills. Younger people might have other plans for their money.
So something’s got to give, no matter which party is in power.

The Democrats and their cronies in the AARP are trying to sell Americans on the soothing notion that Medicare is a "sacred promise" but the truth is that the well is running dry:


One of the great ironies of this convention already is that speaker after speaker denounces Republicans for being unable to tell the truth or get their facts straight. Meanwhile, one of the most important truths of modern governance—we are well and truly out of money—sits neglected in the corner. This might be a great way to rally the Democratic base, but it's thin gruel for the majority of Americans who think, correctly, that the nation's finances have spun out of control.

Now let's pass that Buffett rule already.  It will pay for literally hours of government spending.
Posted by Eric at 8:10 PM
Email ThisBlogThis!Share to TwitterShare to FacebookShare to Pinterest

I just can't get over the visual of how deep in debt we are. 1970 America had a GDP of one trillion. It would take 16 times that just to get back to being only broke.