Instapundit: "KATIE COURIC COVERED UP RBG’S DISLIKE FOR TAKING THE KNEE: Anchor says she edited 2016 interview to ‘protect’ the justice after she said people who kneel are showing ‘contempt for a government that made a decent life possible:’

In new memoir, Going There, Couric writes that she edited out a part where Ginsburg said that those who kneel during the national anthem are showing ‘contempt for a government that has made it possible for their parents and grandparents to live a decent life.’
The published story, which Couric wrote for Yahoo! News in 2016, did include quotes from Ginsburg saying refusing to stand for the anthem was ‘dumb and disrespectful’, but omitted more problematic remarks.

Can you imagine allowing the hoi polloi making up their own minds based on facts?  Crazy! 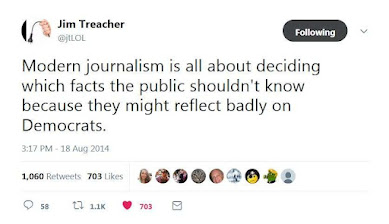 Posted by Eric at 7:20 PM
Email ThisBlogThis!Share to TwitterShare to FacebookShare to Pinterest