Don't look now, but another "green energy" plant visited by the Grim Reaper, is belly-up.  The Truth About Cars: "Solyndra, A123, now LG Chem: Your tax dollars, not at work"


Three years ago, at a groundbreaking ceremony for an LG Chem Battery plant in Holland, Michigan, President Obama promised that this and other pants [sic] will be “a boost to the economy in the entire region.”  Instead, the plant has become an example for what is wrong with a state-directed command economy. It also is yet another chapter in the Chevrolet Volt debacle.
Half of the plant’s $300 million price was funded by the tax payer, courtesy of a $150 million government grant.  The  plant does nothing. Its workers  “had little work to do and were spending time volunteering at local non-profit organizations, playing games and watching movies at the expense of the federal government and taxpayers,”  Gregory Friedman, inspector general at the Department of Energy, concluded in a report made public yesterday.

Of course, when you're a liberal advocating for green energy, blowing $150 million means never having to say you're... 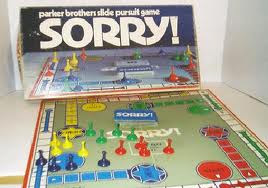 Posted by Eric at 10:13 PM
Email ThisBlogThis!Share to TwitterShare to FacebookShare to Pinterest

It almost like the liberals are saying to the conservatives .. you got to spend hundreds of billions of taxpayer dollars invading Iraq. Now we're going to waste it on something we want.

Yeah, it's almost exactly like that. Except for the part where LG Chem Battery got their money from a Republican administration. Or the part where the great majority of the green energy government money hasn't been wasted at all. Or the fact that most of the free world is investing the same kind of money in the same kinds of projects, along with the not-so-free world, so it's not a conservative/liberal issue at all.

But other than that, the comparison is dead on.

Um, most of the government money on green energy has been wasted because there is NO pathway forward for these companies without continuous government support. Tesla Motors will be the next shoe to drop.

Also in Europe they're pulling the plug on this boondoggle:

How much taxpayer money did LG Chem get from the Republican administration? Because it got $150 million from Obama. Not to worry: the government made them pay back $862,000 which will pay for several minutes of government.

Other than that, you facts are dead on.

Probably mixing up LG Chem with Solyndra, whose DoE loan guarantee went through Bush White House channels before being paid in 2009 and blamed on Obama cronyism in 2011.

Big deal: Solyndra applied for the loan in 2006 but didn't get a cent until the Obama stimulus free-for-all.

The Energy Dept's loan guarantee program was passed by a Republican Congress, endorsed as "good policy" in George W. Bush's 2007 State of the Union, and promoted again on Bush's way out the door. On January 6, 2009, Bush boasted, "We dedicated more than $18 billion to developing clean and efficient technologies like biofuels, advanced batteries and hydrogen fuel cells, solar and wind power, and clean, safe nuclear power. We're providing more than $40 billion in loan guarantees to put these technologies to use."

The Washington Post's Solyndra timeline leaps from December 2006 to February 2009. Things occurred in the interval.

That Solyndra wasn't paid until 2009 is a clerical matter. In a December 2008 presentation to the Department of Energy credit committee, Bush DoE energy officials listed Solyndra as the first among its "three highest priorities through January 15." Their anxiousness was in part because members of Congress had been publicly complaining that the now three-year-old program had yet to issue its first loan, and in part to get the loans onto Bush's ledger of accomplishments before the inauguration. Believe it or not, they feared that Obama would end up getting all the credit for Solyndra's success.

But payment was delayed because the credit committee requested supplementary analysis, which held up approval until after Bush's last day in office. Following that additional analysis, the same committee unanimously approved the loan two months later.

Yeah, and the GM bailout started under Bush too. Does he get credit for that?

The fact of the matter is that this is an Obama White House scandal of corporate cronyism:

And here's my favorite passage:

"They show that as Solyndra tottered, officials discussed the political fallout from its troubles, the “optics” in Washington and the impact that the company’s failure could have on the president’s prospects for a second term. Rarely, if ever, was there discussion of the impact that Solyndra’s collapse would have on laid-off workers or on the development of clean-
energy technology."

One reason this supposed scandal has fizzled is because the full timeline shows it was not an all-Obama special. For Solyndra's backers to have so completely jumped ship from Bush on January 15, 2009 to Obama a few weeks later would have made them exceptionally disloyal "cronies."

Yeah, and the GM bailout started under Bush too. Does he get credit for that?

He'd have gotten more of it if McCain had won the Presidency. But the Republicans lost and Obama won. And that's what this one-way "scandal" wish is all about, Charlie Brown.

I've never heard of this fast-tracked Solyndra loan. I guess because it's not true:

"The White House also noted to ABC News that the Bush administration was the first to consider Solyndra's application and that some executives at the company have a history of donating to Republicans. The results of the Congressional probe shared Tuesday with ABC News show that less than two weeks before President Bush left office, on January 9, 2009, the Energy Department's credit committee made a unanimous decision not to offer a loan commitment to Solyndra.

Even after Obama took office on Jan. 20, 2009, analysts in the Energy Department and in the Office of Management and Budget were repeatedly questioning the wisdom of the loan. In one exchange, an Energy official wrote of "a major outstanding issue" -- namely, that Solyndra's numbers showed it would run out of cash in September 2011."

But you're correct that this scandal has "fizzled" but not for the reasons you think.

Yes indeed, the DoE credit commitee voted unanimously not to endorse the loan as of January 9, 2009. If the facts stopped right there, you’d be golden.

However, the same January 9 summary went on to say, “The number of issues unresolved makes a recommendation for approval premature at this time.  Therefore, the committee, without prejudice, remands the project to the LGPO for further development of information.” The recommendation also stated that Solyndra’s project “appears to have merit,” and that it was “encouraging to see the apparent progress.”

Or as I typed yesterday, “Payment was delayed because the credit committee requested supplementary analysis, which held up approval until after Bush's last day in office. Following that additional analysis, the same committee unanimously approved the loan two months later.” And that’s what happened. Everyone involved assumed on January 9 that the loan would soon be approved, and so it was.

The credit committee is made up of career officials, not rotating political appointees or "cronies." The same individuals who worked in Bush’s Dept. of Energy and made the initial recommendation to hold up the loan in January 2009 were the people in Obama’s Dept. of Energy who recommended approval of the same loan in March 2009.

If you’d like to hear of this fast-tracked Solyndra loan for the very first time, my previous comment notwithstanding, paste the phrase "three highest priorities through January 15” into the search engine of your choice.

I think the reason I haven't heard about this is that it's such a small fig leaf that it got laughed out of the news rooms. It's a David Plouffe stretch to - as usual - blame everything on Dubya. Only the compliant Politifact gave it a look.

You want to conflate Bush's green energy initiatives with Solyndra. As is clear here, the Bush Administration wanted to do something to show their green chops, but they knew Solyndra was a dog:

"Bush administration officials had started the review of the Solyndra application in May 2008. They were anxious to approve the deal, because members of Congress were complaining that the loan guarantee program, signed into law in 2005, still had not given out its first award. But in the final weeks of the administration, Energy Department officials put the brakes on any loan commitment to Solyndra, partly out of concern that its costs made the price of manufacturing power capacity significantly higher than its competitors.

The Obama administration, though, was determined to move ahead. “DOE is trying to deliver on the first loan guarantee within 60 days from inauguration,” one March 2009 e-mail from an Office of Management and Budget official said."

And lo and behold, two months later the Solyndra loan was approved. So what changed? Well, much as you'd like to believe these civil servants were doing their jobs, they were clearly under pressure from this new Administration to approve the loan.

What, after all, was that "supplemental information" that turned the tide? I'm guessing it was that people who would benefit from the Solyndra loan had given a pile of money to the Obama campaign, and nothing else.

As is clear here, the Bush Administration wanted to do something to show their green chops, but they knew Solyndra was a dog

Of course they did. That’s why the Bush administration declared paying half a billion to Solyndra to be their top outgoing energy loan priority, and it's why they pressed for the loan’s approval. Who's a good doggy? You are, Solyndra, you're a good doggy!

Declining to ascribe false blame to Obama is not the same as blaming Bush. You may notice that nobody’s blaming either Bush or Obama for the Bush administration’s second and third “highest priorities through January 15," because those loans didn’t go spectacularly sour. There’s a reason the Washington Post called Solyndra a “political chew toy.”

I think the reason I haven't heard about this is that it's such a small fig leaf that it got laughed out of the news rooms.

You mean the monolithic leftwing news media didn't jump all over a narrative that was helpful to their beloved idol, The One? Dang! You just can't get good cronies these days.

The much simpler answer is that the media follows growing scandals, not evaporating ones.

Sorry that the facts conflict with your gut feeling. Since it seems you can only live happily with one of those two things, you’ve chosen well. Keep "guessing" your way to wisdom.