The rise of the concierge doctors 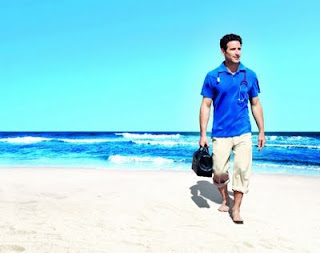 Concierge medicine is expanding as more doctors - and patients - tire of assembly-line primary care, opting for something more personal, and pricey.

The numbers are still very small - a survey commissioned by a congressional agency last year identified 756 concierge medical doctors in the United States, up from 146 in 2005. And Florida-based MDVIP, a company that helps physicians set up these practices, said it will add six new MDVIP doctors in the Boston area this year, increasing its physicians statewide to 16.

But even a tiny number of doctors leaving traditional offices for boutique practices - out of thousands of primary care physicians - is enough to make some health care industry leaders nervous. They worry that more doctors will follow as insurers and government payers cut fees and hem in providers with regulations. And when even one doctor makes the switch, there are substantial side effects, leaving hundreds of patients to scramble for a new physician.

In an informal survey, half the primary care doctors at one Massachusetts hospital indicated they had considered the switch to concierge medicine. Take a wild guess why:

The pressures on doctors have only intensified. The state’s mandatory health insurance law means even more people with coverage are seeking doctors. Insurers are squeezing payments to doctors, and regulators and insurers are pressing providers to make care less expensive.

The unmistakable trajectory of Obamacare is towards a two-tier healthcare system. Good intentions.
Posted by Eric at 10:16 PM
Email ThisBlogThis!Share to TwitterShare to FacebookShare to Pinterest

Oh, that tricky free market! Why doesn't it love us as unconditionally as we love it?

If the alleged doctor migration of the past five years were to octuple in the next decade, that 800% increase would amount to 4,880 physicians.

If the rate were to increase fiftyfold, 30,500 doctors would become "boutique" physicians.

The AMA calculates that in the same time frame, America will add 169,000 new doctors.

That is, the total of doctors in the system will have increased by 169,000, after accounting for retirements. The number of new doctors will be higher.

And a vanishingly small number of those will be primary care doctors.

But, hey, everybody needs a urologist.

However, the number of primary care doctors coming from overseas has never been higher. It is amusing to see faith in the free market end at the point we turn our heads and cough.

...the primary/specialist tug predates Obama's health care legislation by decades. U.S. graduates were only filling 62-72% of the available family medicine residencies in the last six years of Bill Clinton's Presidency, and just 41-49% of them in the first six year's of GW Bush's. The unmistakable trajectory of Clintoncare and Bushcare?

Primary care doctors, another subset of "jobs Americans won't do."