I've made no secret that I think the mainstream media is hopelessly biased and prone to make "mistakes" that only go in one direction.  So I'm looking forward to this: "Sarah Palin’s Lawsuit Against the New York Times Has the Media Nervous, Despite Their Claims."

In case you missed it, the New York Times sought to pin the shooting of then-Congresswoman Gabby Giffords on Sarah Palin's political action committee with an editorial that stated:

"Before the shooting, Sarah Palin's political action committee circulated a map of targeted electoral districts that put Ms. Giffords and 19 other Democrats under stylized cross hairs."

The map did no such thing, targeting electoral districts and not Democrats.  In addition, there was zero evidence that Gifford's shooter ever saw this map and the Times had to issue a correction.

Legal experts say that there's little chance of Palin winning the case but I've also read that media outlets hate to have to defend libel cases because it puts their bias and errors in the spotlight.  The legal team at the New York Times has their defense ready: 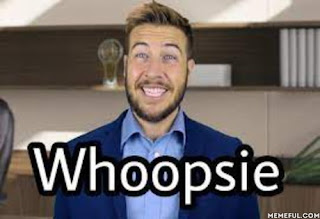 Posted by Eric at 5:39 PM
Email ThisBlogThis!Share to TwitterShare to FacebookShare to Pinterest