It's a tourist attraction, right?

Congress exists for some reason but darn if I can figure out what. So far, they haven't performed the basic job of funding the government by passing a single appropriations bill: "Spending bills stall; Congress goes 0-12 on spending bills." Ah, maybe that's a good thing.

Now the Democrats are going to head into the midterms with sizable tax hikes hanging over every taxpayer's head because they won't take a vote on extending (or ending) the Bush tax cuts. Talking Points Memo: "The Senate's decision not to address the Bush tax cuts until after the election is the strongest indication yet that the game is over." 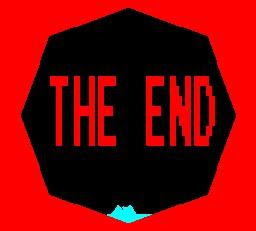 Posted by Eric at 10:25 PM
Email ThisBlogThis!Share to TwitterShare to FacebookShare to Pinterest

From the TPM link:
The aide said it's already a winning message without a vote since Obama and Democrats have framed the debate as the Republicans being for the rich and Democrats wanting to help the middle class. Others have made similar arguments, but several lawmakers have said they think a vote is the only way to score a political victory. The senior aide doesn't think so.
"We have a winning message now, why muddy it up with a failed vote, because, of course, Republicans are going to block everything," the aide said.


It's "run out the clock" politics that you'd normally expect from a party that's, oh, actually in the lead, but it's hardly "game over."

The anonymous aide is basically right. The GOP is already publicly on record as supporting the high-end tax cut, so "forcing them to vote" isn't going to juice up a single attack ad. The Democrats already have every rhetorical advantage they're going to have on this issue. Whereas the Blue Dogs could cause some headaches by voting "against" their party.

As it happens, the Blue Dogs are also among the most likely to lose their seats. And as it also happens, outgoing Reps tend to vote differently in December than in October. The Dems are 100% guaranteed to get more Democratic votes by delaying. Are those future pickups worth putting off the votes they do have? Eh. Maybe.

Or possibly nothing will happen, and the whole tax package will expire as scheduled. And then the Republicans (whether majority or minority) can strongly advocate their economic case to the public: that they really really want to reduce the federal deficit while restoring the Bush tax cuts for the rich. Since the recession ended a year ago, that should be a winning message.

Generally, a party with its boot to the other party's throat should want to push down. The Democrats are in that position now on this specific debate. Forcing a vote now would almost certainly damage the Republicans more than it would undercut the Democrats. But the immediate strategic value of that damage may be less than it seems. So there are good reasons why the Dems would be willing to wait. I think there are BETTER reasons why they should be eager to schedule the vote, but Harry Reid didn't get to his position by being a wild and crazy guy.

And what happens when Democrats order a coffee, and have to choose between milk and sugar or taking it black? Answer: It doesn't matter. Either option is complete political suicide.

Really? Yesterday, the vote to extend middle-class taxes was going to be a rallying point for Democrats, pitting the GOP on the side of the "rich" and the Democrats on the side of Joe Sixpack.

The Donkey is being butchered and sold as horsemeat to the French. Quite apropos.

Since it's such an unambiguous political winner for them and such smart fiscal policy, is there any reason why the Republicans didn't just vote to make the tax cuts permanent during the years they controlled both houses of Congress? Or would asking that question clash with the "Democrats are too scared to suck" bit?