Welcome to the party, Oregon! 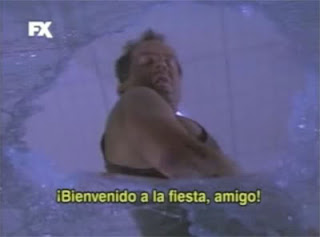 Washington Examiner: "Oregon signs up just 44 people for Obamacare despite spending $300 million."
Posted by Eric at 8:56 PM
Email ThisBlogThis!Share to TwitterShare to FacebookShare to Pinterest

So the actual number is 20,617, not 44. Elsewhere in the report there is a graph showing that enrollment is on a steep trajectory, suggesting that number is in the process of increasing rapidly. But that adds to your cognitive dissonance. Ignore it and feel better.

Or, if "right this very minute" is the only thing that matters, these three stories report that 3,470 Oregonians have already enrolled for Obamacare, with tens of thousands more en route. And each was published a full week before your Washington Examiner link:

Also, the Examiner's "just 44 people" schadenfreude doesn't include the 6,461 Oregon residents who'd already completed their signups for the Medicaid expansion. (And certainly not those Oregonians in the pipeline to do so.) Because in state after state, counting that alternate category really f's up the narrative.

Even 20K applications is a pitiful showing given that the enrollment target is 237K in Oregon. No wonder the Obama administration is touting metrics like web site visits and "shopping cart" contents.

Oregon's impossibly bad Obamacare showing is just part of a pattern that is even worse than our most horrible nightmares. Why, did you know that by every March 1, fewer than 2% of Oregonians have paid their federal taxes?

The roundup website http://acasignups.net/ agrees. They've got Oregon as 62,461.


That brief moment of realistic self assessment after the collective Republican mass delusion that was the last presidential election has become a distant memory.

The Vike is back, baby!

Keep humping those Medicaid stats, which have nothing whatsoever to do with the viability of the Obamacare exchanges.

It's the kind of consolation you swallow along the lines of "you have a bigger dressing room than the puppets."

If you "unskew" Oregon's 44 enrollees, there's probably only 38!