Putin's offer is this: Nothing 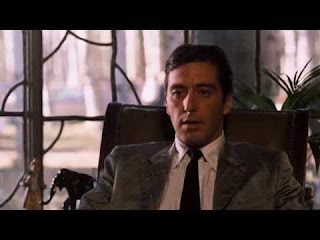 It looks like this Syria mess has reached its humiliating denouement:


A deal has been struck, and it’s pretty much everything Vladimir Putin was insisting on and nothing that the Obama administration wanted for insurance.

To recap: American credibility is in tatters, Putin is doing an end-zone dance, Assad will remain in power and his men will give U.N. inspectors the runaround for years with no credible threat of military action.  On the plus side, we won't be Al-Qaeda's air force.  Turn those ships around, boys, and come on home.
Posted by Eric at 9:30 AM
Email ThisBlogThis!Share to TwitterShare to FacebookShare to Pinterest

A quote to consider, as we cast a tearful eye upon the humiliating tatters of a once-influential nation's credibility:

"Neurosis is the inability to tolerate ambiguity." —Sigmund Freud

I prefer this quote:

"In the process, he has damaged his presidency and weakened the nation’s standing in the world. It has been one of the more stunning and inexplicable displays of presidential incompetence that I’ve ever witnessed." - Joe Klein

Hey now, you uncovered a media hack's quote parroting the "damaged standing" meme? A search like that must have taken you all weekend.

This is Joe Klein, right? The same Joe Klein who said there are no unanswered questions about Benghazi, and that Susan Rice's talking points were "absolutely accurate," is that the one? The Joe Klein who wrote that Obamacare "represented not just a moral step forward but also a path to lower prices–especially for small businesses"? Joe Klein who sees the "intellectually limited GOP" forever pushing for budget cuts because "they obsess on the stupid"?
THE Joe Klein, who says Social Security needs just "a few minor fixes," including raising the income payroll ceiling?

Good to hear Joe Klein is your go-to guy.

This is where we've arrived in 2013. Conservative commentary is so reflexive and mechanical that in a real pinch, only an appeal to the dreaded MSM will do.

Said the crowd that's been blaming Dubya for five years.

You may know the "blame Bush" crowd by their other name: the American public.

And they don't spring to cite the slightest corroborating statement by Rush Limbaugh or Fox News as "validation."

It's just funny that the "lamestream media" haters can't let go, that's all. "Yes, officer, he beats me, but sometimes he can be so sweet."

When you have the worst economic recovery in US history, record food stamp use, a brain-dead foreign policy, and the lowest labor participation rate since the Carter administration, assigning blame is all you got.

It was sure nice of the One to wait until the bodies at the Navy Yard were lukewarm before attacking Republicans. I don't think he's fond of them.