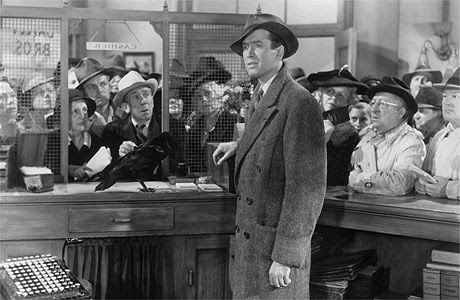 From the DC Examiner "Who will bail out Uncle Sam?"

The United States of America is bankrupt. Don't believe it? Consider this: Federal obligations now exceed the collective net worth of all Americans, according to the New York-based Peter G. Peterson Foundation. Washington politicians and bureaucrats have essentially mortgaged everything We the People own so they can keep spending our tax dollars like there’s no tomorrow.

The foundation's grim calculations are based on Sept. 30 consolidated federal statements, which showed that Americans' total household net worth, diminished by falling stock prices and home equity, is $56.5 trillion. But rising costs for unfunded social programs like Medicare, Medicaid and Social Security increased to $56.4 trillion – and that was before the more recent stock market crash, $700 billion bank bailout, and monster federal deficits chalked up in October and November.

"Given more recent developments, it's clear that America now owes more than its citizens are worth," said Foundation president David M. Walker, the former Comptroller-General of the United States who has been trying to warn Americans of the coming financial tsunami for years, to no avail. So, after Uncle Sam bails out bankers, Wall Street gamblers, carmakers and over-their-head homeowners, who'll bail out Uncle Sam?

Readers of this blog will recognize the name of David Walker, the former top accountant in the U.S. government. Just in time for Christmas, it looks like we've crossed over into George Bailey territory:

Mr. Potter: [to George Bailey] Look at you. You used to be so cocky. You were going to go out and conquer the world. You once called me "a warped, frustrated, old man!" What are you but a warped, frustrated young man? A miserable little clerk crawling in here on your hands and knees and begging for help. No securities, no stocks, no bonds. Nothin' but a miserable little $500 equity in a life insurance policy. You're worth more dead than alive!

Whatta mean no bonds? We've got these great T-bills selling at zero-percent interest. What a deal!
Posted by Eric at 11:18 AM
Email ThisBlogThis!Share to TwitterShare to FacebookShare to Pinterest